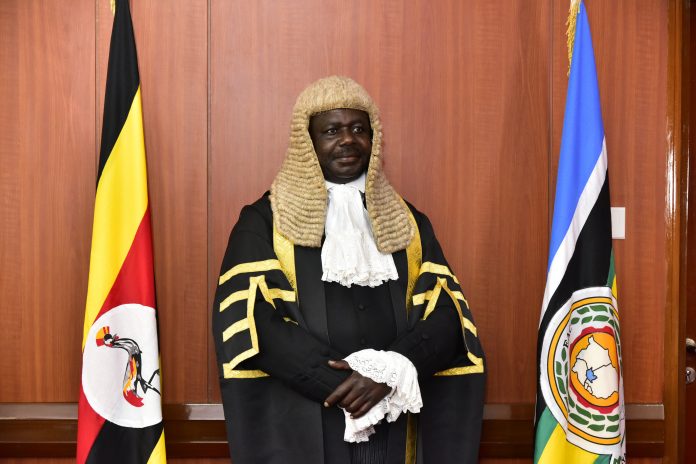 The Minister for the Presidency , and also Chair of the Organising Vommitte for the burial of fallen Speaker Jacob L’okori Oulanyah has finally released the final burial program for the late, two days ahead of the return of the body from the US.

Babalanda was tasked by the President to oversee a befitting send-off for the fallen Statesman shortly after the unfortunate news was confirmed.

In a Press Release this afternoon, Babalanda consoles with the deceased’s family and thanked the country for the patience exhibited while waiting for the return of the body from US, over a week since his death.

Casino helps develop African countries. The casino industry has contributed to the development of many countries across Africa including Angola, South Africa and Uganda. Many African countries such as Uganda are looking for zodiac casino benefits. Former Macau casino mogul Stanley Ho is one of the most famous investors in African countries, and he recently invested in casinos in Uganda.

Read The Detailed Program Below:

Friday 1st  April 2022 at 2.00 pm the body will arrive at Entebbe International Airport aboard Ethiopian Airlines.

The casket will be received with full honors. A few leaders and family members will be allowed at this ceremony.

Immediately after, the casket will be handed over to A plus Funeral Management.

Sunday 3rd and Monday 4th April at 9.00 am the body will lie at the home of the Speaker in Muyenga where friends and well-wishers will pay their last respects.

There will be a small service conducted and attended by few people on Sunday.

Tuesday 5th April 2022 at 9.00 am the body will be moved to the Parliament of Uganda where the Rt. Hon. Speaker will lead the Members of Parliament to pay their final respects.

The body will spend the night in Parliament.

Wednesday 6th April 2022 at 9.00 am the body will be taken to Kololo Ceremonial Grounds for a State Funeral.

His Excellency the President of the Republic of Uganda and NRM National Chairman will lead the nation in paying tribute to the late Speaker of Parliament.

The Archbishop of the Church of Uganda; His Grace Dr. Kazimba Mugalu will be the main celebrant.

A maximum number of 1,500 persons including Members of the Executive, Members of Parliament, Members of the Judiciary, Foreign Dignitaries, Heads of Government Ministries, Departments and Agencies, Family Members and Leaders from Acholi sub-region will access the grounds.

After the Ceremony, at 3.00 pm the casket will be airlifted to Omoro, Lalogi village; the Speaker’s ancestral home where it will be received by the family and Acholi leaders.

There will be a night vigil at the home.

Thursday 7th April 2022 the body will lie at Lalogi for final respects by members of the public.

Friday 8th April 2022 the burial ceremony will start at 9.00 am. The day will be observed as a Public Holiday as declared by H.E. the President.

Appeals to The Public:

The National Flag will continue to fly at half-mast up to Friday April 8th the day of Burial.

The Minister for ICT Information and National Guidance Dr. Chris Baryomunsi and the Police Spokesperson Mr. Fred Enanga will continually issue updates on all the ongoing activities;

All the burial activities will be relayed live on UBC TV and other TV stations with reporters;

The Acholi Community will perform the Acholi Burial Dance as requested by the Acholi Paramount Chief and as guided by security;

The Minister for Security Hon. Jim Muhwezi will address the nation on security measures being taken to ensure security and safety during this period;

” Members of the public need to know that the Speaker of Parliament is 3rd in rank in the country’s leadership and he deserves such a befitting burial, which anyway is legally provided  for.  Therefore, I would draw your attention to the burial activities planned for and agreed upon rather than to dwell on discussing the budgets.” Babalanda explains.

She called upon the public to stay united and calm; and to follow the security guidelines to be issued as they observe and celebrate the final journey of “our dear friend and colleague.”