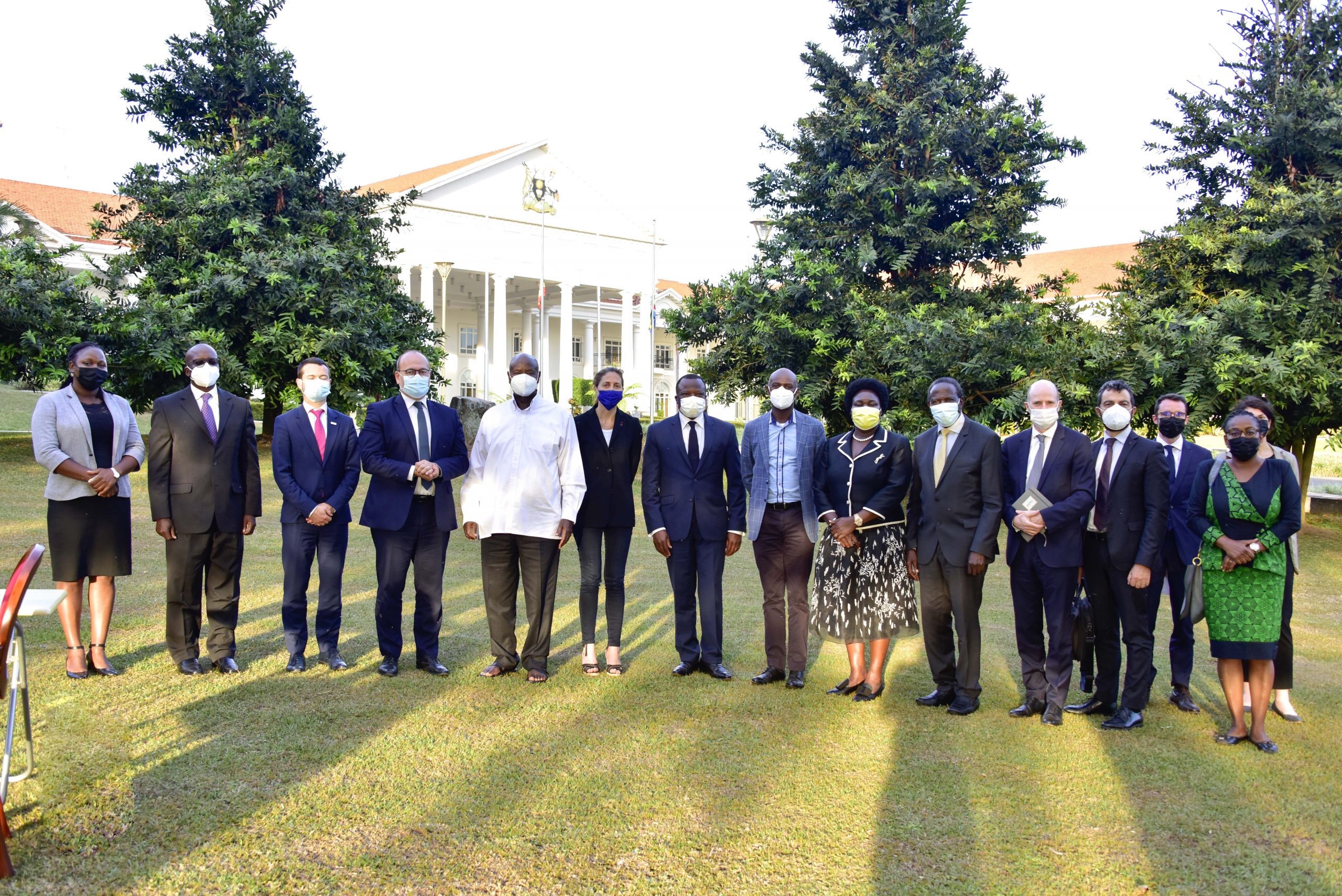 STATE HOUSE, ENTEBBE: President Yoweri Museveni has said that for the last 600 years Africa has developed many linkages with Europe through sharing various things including governance, democracy, multi-party politics and even speak the same language like English and differ on some issues like gay rights because “we still think it’s not a normal way” of life.
He however said the weakness in Europe is its deficiency in following up ideas of accumulating wealth through social economic transformation.
“They don’t have spectacles to see opportunities and utilize them effectively,” he said.
He cited an example of opportunities in Uganda which aren’t seen by the Europeans but Chinese who are awake come and immediately identify the opportunities in infrastructure development, trade, mineral development etc.
He noted that there is under-utilization of resources in Africa because of sectarianism and promoting identity instead of interests of the people.
The President was yesterday presenting a lecture of opportunity to a delegation from France led by Mr. Remy Rioux the Chief Executive Officer of the Agence Française de Développement Group of France and Mr. Hatem Chakroun Directeur-French Agency of Development in Uganda
at State house Entebbe
The President and his guests discussed various issues on strengthening Uganda’s cooperation with France.
Using his local situation as an example, the President said people from his home area are cattle keepers, produce milk, beef and matooke.
“They don’t buy their products because they have similar goods but instead their products are bought by the people in Kampala and they too buy goods from Kampala such as clothes etc,” he said.
He said promoting one’s identity over interests hinders wealth creation as there would be lack of markets for their products.
The President said Uganda has surplus production of maize, sugar, etc which are consumed by other countries thus creating wealth through exportation.
Regarding the security situation, The President said Uganda has played a big role in fighting terrorists in the region and is also promoting regional trade by building roads in other countries like the Democratic Republic of Congo.
President said Uganda is investing in maintaining peace and promoting trade and has built hard surface roads to the borders of DR Congo, South Sudan etc.
“There bad roads inside Congo which the government of Uganda is working on. It would be good if your government supported this,” he said.
On Environmental conservation, President Museveni urged the French government to support Uganda’s conservation efforts by training farmers against farming in swamps.
Mr. Hatem Chakroun Directeur-French Agency of Development appreciated the President for the good lecture and called for strengthening of the bilateral relationship between Uganda and France.
He said France is working on the problem of environment degradation practiced by rice farmers in the valley of the Senegal River which has led to soil exhaustion and said Uganda has a similar problem which can be handled.
Mr. Hatem said they are on a regional mission and asked the President for guidance on regional integration in the Great Lakes regions.
In response, the President cited blocks like the Common Market for Eastern and Southern Africa (COMESA), Southern African Development Community (SADC), Economic Community of West African States (ECOWAS) and EAC that are key. He also cited Continental Free Trade Area (CFTA).
Other leaders of the delegation included H.E Jules-Armand ANIAMBOSSOU the Ambassador of France to Uganda, Mr. Tristan Mouline Chief of Staff, French Agency of Development, Mrs Cynthia Fleury Professor of the “Humanities and Health” Chair at the Conservatoire National des Arts et Metiers, Mrs Helene Ngarnim the Regional Director for East Africa-French Agency of Development, Mr. Hatem Chakroun Directeur-French Agency of Development, Mr Jeremy Pellet Director General-Expertise France, Mrs Anais Rieu Communication Officer-Expertise France, Mr Jean-Francois HASPERUE First Counsellor, Uganda’s Minister of Energy and Mineral Development Hon. Ruth Nankabirwa and Andrew Mwenda the Executive Director of The Independent newsmagazine.