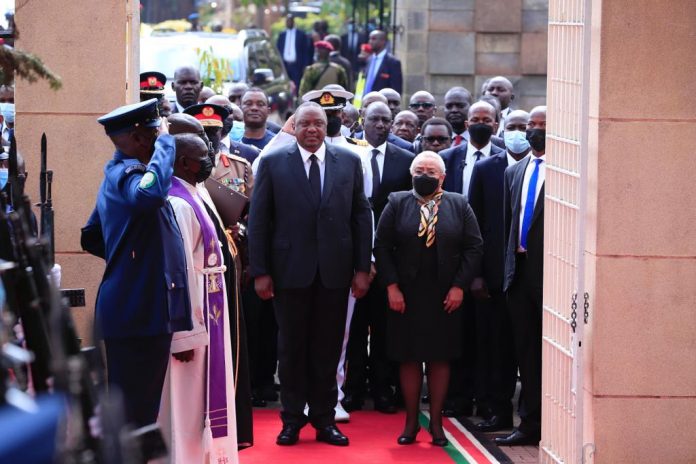 The Late Mwai Kibaki’s body is lying in state in the Kenyan Parliament.

The former Head of state will lie in state for the next three days.

Uhuru Kenyatta, Kenya’s president and his deputy William Ruto were among the first Government officials to arrive at Parliament this morning for body viewing.

Kibaki who died Friday last week will laid to rest on Saturday this week.