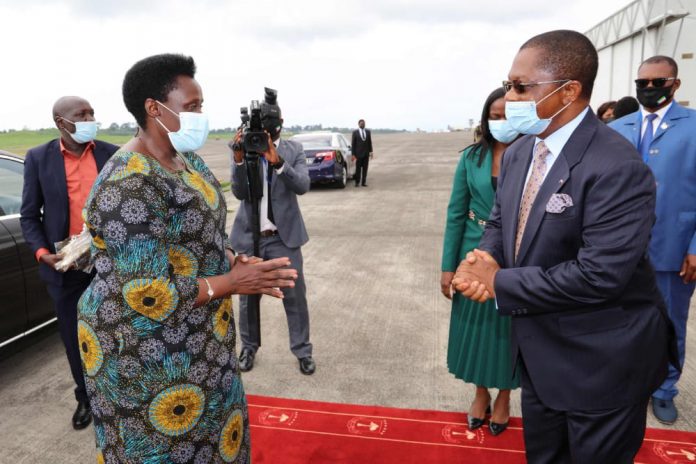 Vice President Alupo in Equatorial Guinea for the AU Extra-Ordinary Summit on terrorism*  Vice President Jessica Alupo has arrived in the Capital Malabo of Equatorial Guinea, where she will represent President Yoweri Museveni at the three day 35th African Union Extra ordinary summit on Terrorism and unconstitutional change of regimes. The summit comes as a follow up of the discussion  held earlier at African Union summit held in Addis on February 2022.  The objective is to evaluate the two phenomena and finding formulars to help address solutions on the basis of which the resurgence of terrorism and unconstitutional change can be halted. Alupo was received at Malabo International Airport by the Prime Minister of Equatorial Guinea-Francisco Pascual Obama Asue and  Ambassadors Rebecca Otengo Amuge and Nelson Ocheger.  Alupo is set to address the meeting on behalf of President Museveni.