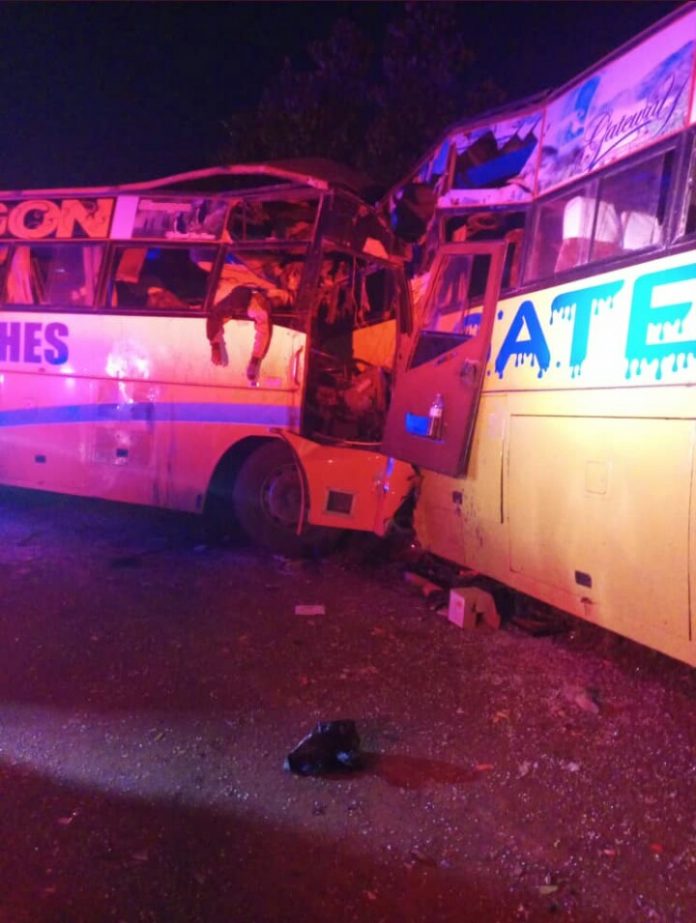 The accident happened at Kachumbala village along Mbale Soroti highway in Bukedea district. Gate way bus was travelling from Soroti side, while the Wanagon bus was from Mbale side.

Preliminary findings indicate that the cause of the accident was by the Gateway Bus driver that tried to overtake in the corner and failed to keep his near side hence knocking the an oncoming bus head on.