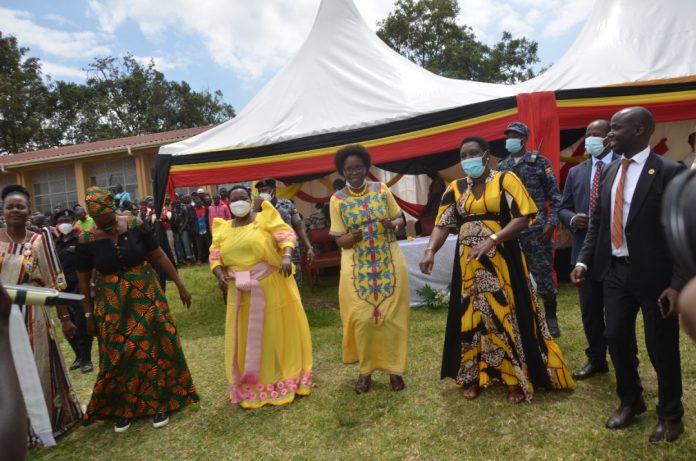 Prime Minister Robinah Nabbanja was today in the districts of Mubende and Butambala, to support the ongoing Mass sensitization and rollout of the Parish Development Model, currently going on across the country.

While in Mubende, Nabbanja addressed a mammoth crowd gathered at Mayor grounds to welcome the new initiative.

The Prime Minister was given the status report of the PDM in Mubende district by the Chief Administrative office confirming that with the entire structure in place, Mubende is ready to implement PDM.

Area leaders pointed out land conflicts, arbitrary arrests of people and pollution of the environment as key issues that may affect the newly launched programme.

She took note of the issues and promised to follow them up.