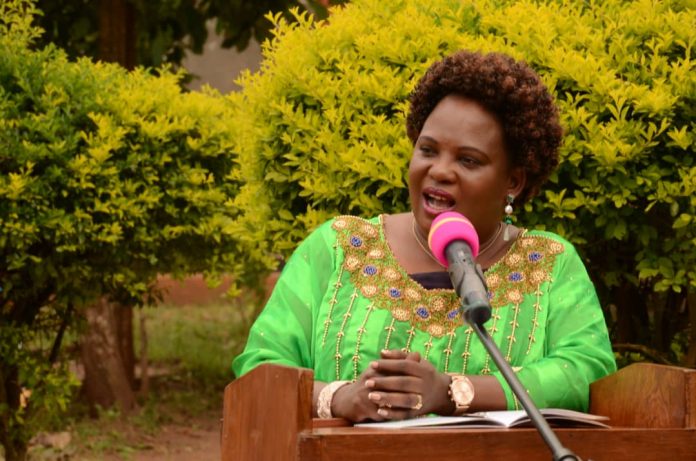 The Minister for Gender, Labour and Social Development, Hon. Amongi Betty Ongom is leading a team of Ministers, Members of Parliament and technical officers conducting a sensitisation session on the Parish Development Model at Apac District Headquarters.
“There have been concerns of Government programmes not reaching the grassroots. Focus of implementation and provision of funds for wealth creation is now at the Parish, which is a convergence point for villages. Through this approach we expect to strengthen the fight to end poverty.” The Minister noted.

She implored officials in the line of implementation of the Parish Development Model to desist from asking for kickbacks from intended beneficiaries.

Former State minister for Tourism, Jovino Akaki Ayumu, councilors from both Apac Municipal and the District as well as their technical officers are among the leaders in attendance.