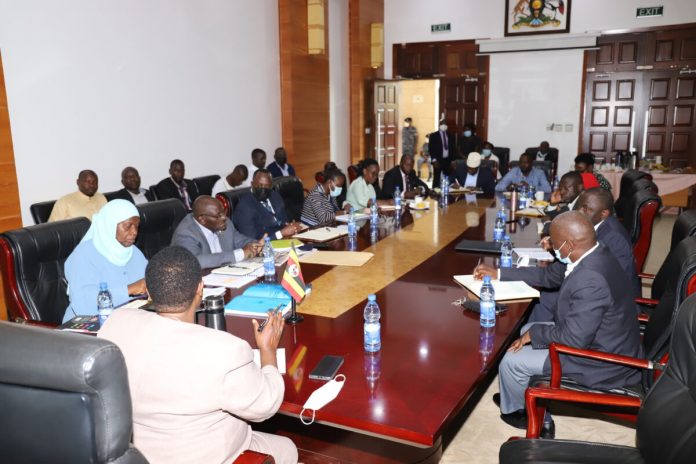 “All Boda boda riders must register with the authority and whoever fails to act in accordance with the registration shall be sent out of the city,” said Nabbanja.

This directive follows previous attempts to have them registered, but the effort has been opposed by some politicians and a section of Boda boda riders.

The Boda boda Riders have come under the spotlight, following consistent public outcry against their involvement in crime and causing numerous fatal accidents.

Previous Boda Boda registration deadlines have not been met partly due to political interference.

At a stakeholders meeting held in Kampala and chaired by Prime Minister, Robinah Nabbanja, it was resolved that the registration must be completed by 1st September this year.

Enough is enough sanity must prevail in the city. We want orderliness in the city like other cities worldwide. We are tired of being ashamed as a country by the confusion caused by these unregulated Boda boda riders,” said Nabbanja.

Nabbanja advised all Boda riders to embrace the exercise, warning that in future, any rider not registered, will not be allowed to continue operating.

The Central Business District has been designated to have a total of 7,000 riders at specified stages. Currently the city is estimated to have over 100,000 Boda bodas on its streets causing accidents and traffic jam.

“You have travelled to cities in the world. Have you ever seen them mess up like our city here? Go to Nairobi if you will find these confusions there,” wondered Nabbanja.

She said that street vending and hawking within the city, will also be restricted.

Criminals have taken refuge in the Boda industry, where they base to commit atrocities against Ugandans.

Gen. Katumba Wamala the Minister for Works and Transport said that registration is not a new thing but dates back in 2019 when the National Security Council ordered for registration of all Boda riders in the country.

“This exercise is not new only that we delayed implementing it but now there is no relenting back,” said Katumba.

The Minister refuted allegations that the exercise was being used to extort money from the Boda riders.

“The money being charged is meant to train the riders and even carry out medical checks so that they can be allowed on roads,” said Katumba.

Each cyclist is paying sh65,000 which is meant to facilitate their training and medical checkup as required by the transport ministry.

“This is not a charity where riders can be trained at no cost. People have to pay this little money for the exercise to continue,” said Katumba.

The Deputy Resident City Commissioner-RCC Nakawa Division Kassim Komugisha, pledged to work closely with KCCA and other government line agencies, to ensure that the registration exercise is concluded.

The administrator of Boda Boda riders in Kampala Ibrahim Sekagya, called on fellow riders to comply with the registration directive, to streamline their operations.

The meeting was also attended by the Minister for Kampala Hajati Minsa Kabanda who said that political interference from the opposition has been derailing the registration exercise.