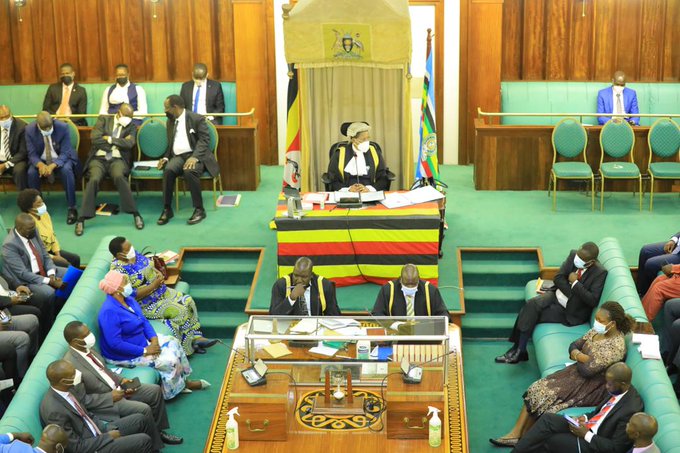 Legislators have applauded President Yoweri Museveni for putting emphasis on value addition of agricultural products saying it will transform the agricultural sector.

This was during the debate on the President’s State of Nation Address which he delivered to Parliament on Tuesday, 07 June 2022.

Namayingo District Woman Representative, Hon. Margaret Makhoha said that the Parish Development Model (PDM) is a timely intervention but she called for increased budgeting for irrigation.
“It is not good for us to have drought and yet we have lakes. Like in Namayingo, we have lakes around us but we are not seeing water,” she said.

Hon. Peter Okeyoh (NRM, Bukooli Island County) advised the President to put emphasis on fish farming saying that the sector has potential to become one of the biggest revenue earners.
“The fishing community should be enabled and supported. Ministry of Agriculture should give adequate funding to boost the fishing sector,” he said.

Hon. Jane Pacuto Avur (NRM, Pakwach District) said that while value addition is a welcome intervention, attention should be put to ensure sufficient electricity supply countrywide.
“Unless electricity is supplied to all rural areas, it will be very difficult for our people to achieve value addition. West Nile is in a blackout and for us to partake of that, then supply of electricity to all areas should be fast-tracked,” she said.

National MP for Older Persons, Hon. Peggy Joy Wako said that the Parish Development Model will go a long way in improving the quality of life of older persons.
“As you are aware, most of our older persons are in rural areas. I also agree with the Leader of the Opposition’s response on protection of older persons,” she said.

On Wednesday, 03 August 2022, Buyanja East County MP, Hon. Emely Kugonza presented the motion, in which he recognised that the socio-economic transformation championed by President Yoweri Museveni has awakened Ugandans to meaningfully participate in the wealth and job creation initiative.
“More Ugandans are embracing the urgent need to integrate into the money economy. They have made a positive transition from poor and subsistence living to modernity,” said Kugonza.

Kugonza added that the President’s focus on value addition as a link between agriculture and industry, is a strategy to ensure that anything agricultural that is not consumed fresh should be processed industrially so that it is preserved to reach distant markets.

Leader of the Opposition, Hon. Mathias Mpuuga however said that the country is facing an imminent risk to national stability caused by massive institutional breakdown and proliferation of presidential directives that are illegally executed by timid civil and public servants.