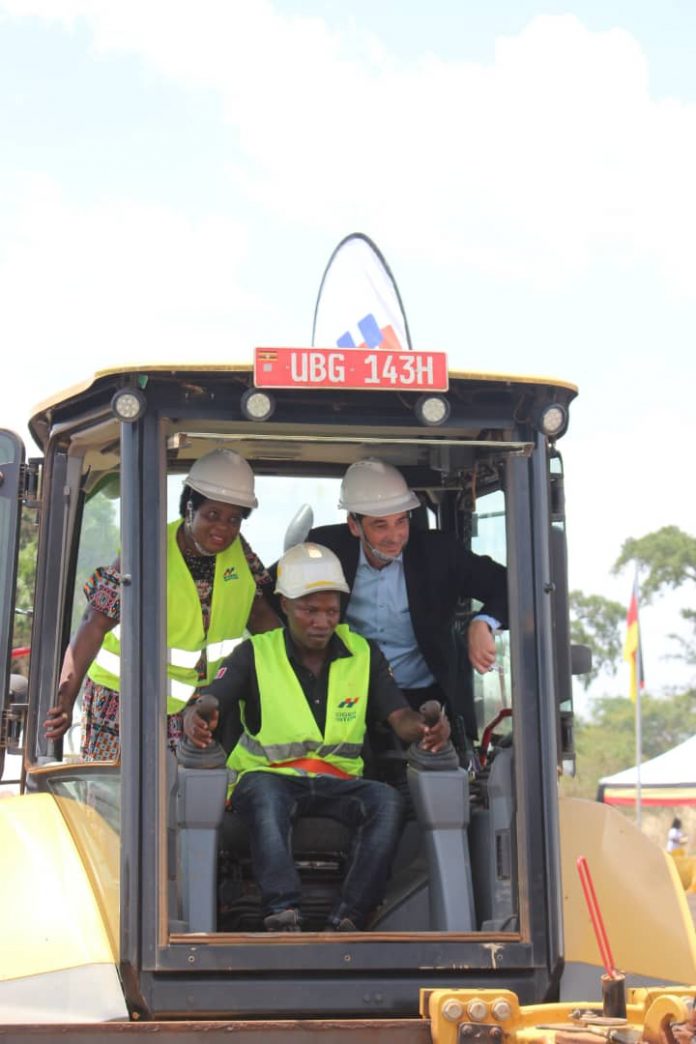 The Government of Uganda through National Water and Sewerage Corporation (NWSC) in partnership with Development partner KfW has injected Euro24 Million about Shs 94.510 Billion in a water project intended to boost water usage in Gulu City and other surrounding towns.

The latest development follows a similar project that NWSC successfully completed in phase one of the Intergrated Programme to Improve The Living Conditions (IPILC) in Gulu and Small towns enroute the Victoria Nile catchment.

Dr. Eng Silver Mugisha, Managing Director NWSC said that the project is part of ongoing works to improve water supply in Gulu City where the Corporation previously drilled a number of motorized boreholes, expanded water production at Oyitino dam and rehabilitated the water treatment plant in a bid to address water supply challenges in Gulu City.

He appreciated development partners who have helped the utility improve its capacity to source for funding.

“Using internally generated resources, NWSC is implementing projects in Kalungu, Lyantonde industrial park, Tororo, Soroti, Lira, Moroto, Bushenyi, Kihihi among many others.
NWSC has an ambitious strategic plan aimed at improving customer base from 800 connections and 15million people served to 1.2 connections and 25million customers through technology and digitalization, improve asset base from Shs3Tn to Shs6Tn among other strategic objectives.” said Eng Mugisha.

During the ground breaking ceremony for phase 2, NWSC noted that the new project is designed to serve over 484, 000 people in Gulu city, Kamdini, Koro Abili, Karuma, Bobi, Palenga and Minakuru towns.

Chief Guest, the Minister of Gender, Labour and Social Development who also doubles as the area member of parliament Hon Betty Amongi said that the project is in line with with GoU parish model initiatives, that include improvement of social services i.e clean water and sanitation for all as a key livelihood enhancer for the people of Uganda.

Hon Sam Cheptoris, Minister of Water and Environment said that the project is in line with the ministry’s efforts to improve access to water from 70% to 100% and subsequently achieve water for all.

According to the Corporation, Gulu city frequently experiences intermittent water supply due to the unreliability of water supply to the City’s primary source of water at Oyitino dam.

The dam is located in a valley dam and is majorly rain fed and experiences severe drops in water levels during the season, leading to severe water shortages in the city and the surrounding areas.

NWSC revealed that the multi-million project financed by both Government of Uganda, World Bank and KfW includes the construction of a new water treatment plant at Karuma and this is expected to produce 10million liters of water daily.

Representative of the Permanent Secretary Ministry of Water and Environment Eng Joseph Eyatu said that the project is a backbone for water infrastructure to serve Gulu city and the surrounding areas.

He appreciated the relationship between Government of Uganda and the Germany Government in partnership with World Bank and other development partners.

Eng.Eyatu also thanked the people of Oyam for providing land to implement the project and called upon them to jealously guard the environment against effects of climate change.

A new intake along the River Nile at Karuma with abstraction capacity of 30million litres per day and establishment of a water storage reservoir of 5million litres at Customs Corner in Gulu City, storage tanks and primary distribution systems expected to serve over 33,000 people in 6 towns is in the pipeline with some works completed.

The completion date for Phase two is projected to be in June 2024 with one year, 2025 as a defects liability period.

NWSC further revealed that after the completion of Phase 1, the storage capacity of Oyitino dam increased by about 400 billion litres of water, enabling NWSC to boost its pumping capacity to 10 million litres per day as well as extend 20km of water network in addition to rehabilitating the old and aging pipelines.

However, it wasn’t just the water that recorded a boost after implemention of phase 1 but also sanitation interventions, where NWSC constructed a new 120,000 litre per day faecal sludge treatment plant in Pece.

NWSC also rehabilitated the existing sewage treatment plant and 8 km of new sewer line extensions and to further complement sanitation in Gulu City, NWSC in collaboration with the Gulu City Council, 42 public toilets were constructed in schools, markets and at health facilities.

Gulu City political leaders hailed NWSC for the latest water project saying that they used to go for weeks without water and the only water source that was serving resident dried up, causing Mayhem in Gulu and the new project will help improve Sanitation, health, education sector and subsequently improve the livelihoods of the people of Gulu.

Board Chairperson Eng. Dr. Baddru Kiggundu said that the project is a key milestone towards NWSC’s service delivery initiatives and water for all and urged residents to protect it jealously against vandalism.

The German Government through the Director KfW for East and Central Region Mr Christoph Tiskens said the support for the project is in line with the European nation’s motive to improve the livelihoods of the people of Uganda and they’re prompted by the occurrences six years ago when Gulu suffered an acute water shortage after the water sources dried up, something that affected children, businesses, animals and the project will be critical at addressing the water scarcity challenge in Gulu City.