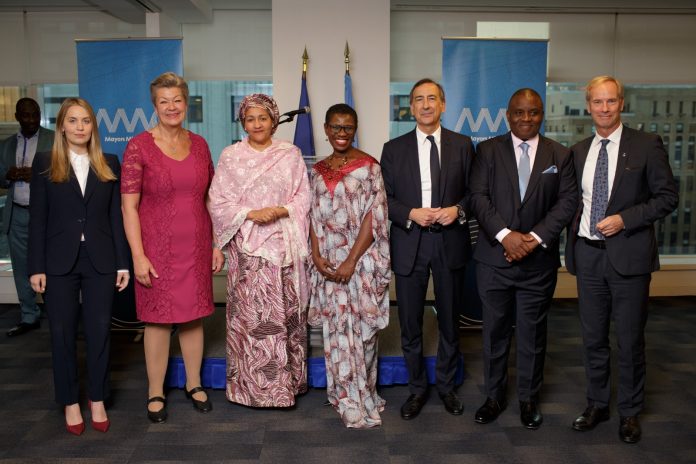 Kampala Lord Mayor Erias Lukwago joined the EU-MMC Reception in honor of Mayors at the European Union Delegation to the United Nations here in New York. This VIP reception included Ambassadors, Ministers and principals from donor and partner organizations.

This was hosted by the Ambassador to the UN H.E Olof Skoog , joined by the Head of the EU Delegation to the UN, Ylva Johansson and European Commissioner for Home Affairs.

This was a platform for Mayors to build relationships with UN member states as well as deepening their interaction with UN philanthropic leaders.