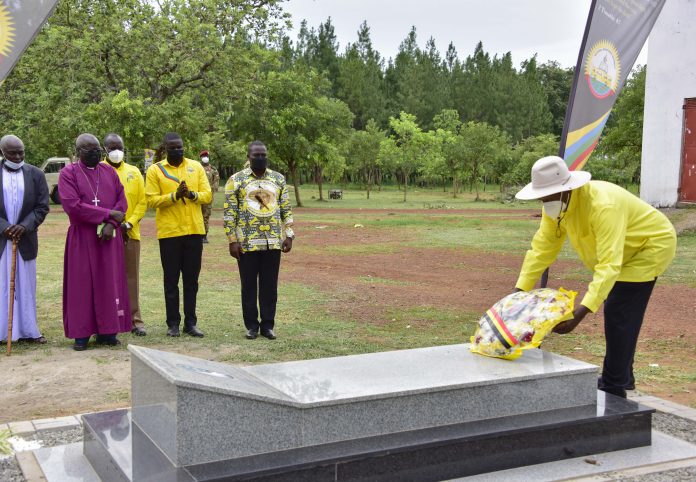 H.E Yoweri Kaguta Museveni has paid his respects at the home of the departed Speaker of the 11th Parliament and Member of Parliament (MP) for Omoro County, Rt. Hon. Jacob Oulanyah L’Okori at Lalogi in Omoro district.

The President was received by the deceased Speaker’s family led by his father, Mr. Nathan L’Okori, and clan heads.

He was, thereafter, led to the grave of the deceased where he laid a wreath.

After laying the wreath, the President addressed the gathering and consoled them and the country for losing one of the strong pillars in the country. He said Oulanyah died at a tender age and did not complete his term in office.

H.E Museveni said that since the deceased left a son, Mr. Ojok Andrew Oulanyah, the NRM candidate, they should vote him as MP of Omoro County so that he completes his father’s term in office.

“Ojok’s role is to lead you by showing you the way out of poverty which way has already been created by the National Resistance Movement (NRM) party,” he noted.

At the same meeting, the President assured them that Moroto road would be tarmacked.