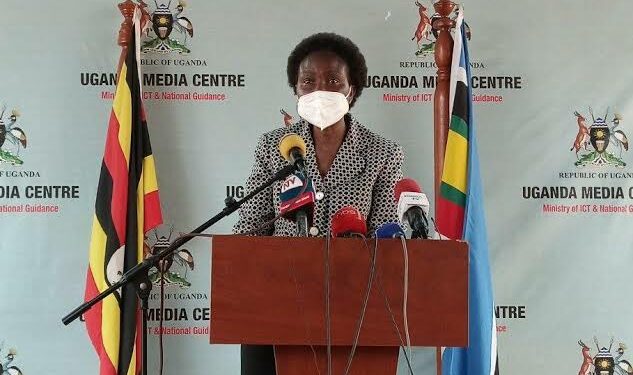 The Government of Uganda in partnership with the United Nations in Uganda to launch the Education Plus Initiative .

According to the Permanent Secretary Ministry of Education and Sports Ketty Lamaro, the Education Plus Initiative is a five year, high profile, high level political advocacy drive supported by five UN agencies including UNAIDS, UNFPA, UNWOMEN, UNICEF and UNESCO

It is aimed at accelerating actions and investments among adolescent girls, young women and boys as agents of change to prevent HIV, reduce teenage pregnancy, early marriages, gender based violence with access to and completion of secondary school education as an entry point.

Mrs Lamaro noted that the Initiative is multisectoral and it brings together ministries of Education and Sports, Health, Gender, Labour and Social Development, Local Government and other MDAs.

“The initiative will target adolescent girls and young women in North Central, Busoga, Bunyoro, Lango, Tooro and West Nile since these areas registered a higher number of teenage pregnancies in 2021,” she said.

The Initiative to be launched  complements the ongoing high level campaign on teenage pregnancy launched by the First Lady and Minister of Sports Janet Museveni who is expected to preside over the function  and various officials, organizations, students, teachers and parents are expected to attend .