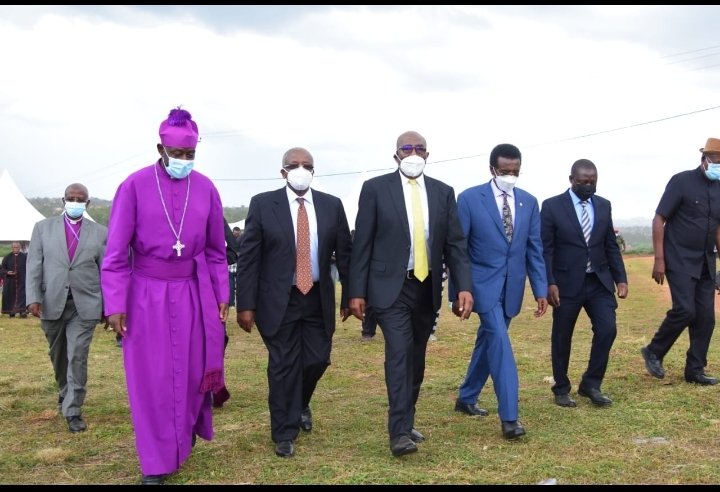 The function was graced by the former prime  Minister  Dr Ruhakana Rugunda, Minister for Economic Development Matia kasaija, Minister for Security  Jim Muhwezi and Bishops from Church of Uganda .

Professor Amama Mbabazi ,who is also a former Prime Minister of the Republic of Uganda explained   that the car park would enable pilgrims mostly high-profile  people to have a smooth and safe parking during every martyrs day celebration.
He further said that they are having a program of setting up leisure centre on the same to enable tourists to visit the place which will promote religious tourism because there are many people all-over the world coming to visit Namugongo and also increase church’s income.

He made the remarks at Namugongo during the launch of the church Uganda Revival park.

Kazimba explained that more  projects are being done around the church of Uganda but the government takes the hugest percentage in supporting them.
Kazimba also worried about people who take Martyrs day as a day of relaxation  and urged them to pick a message from the Martyrs.