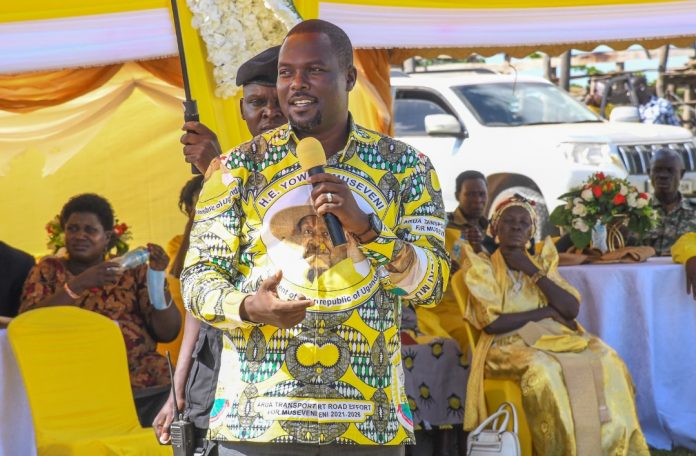 The Secretary General of the National Resistance Movement (NRM) Rt.Hon. Richard Todwong has received over 700 new converts who recently defected from opposition parties; Forum for Democratic Change (FDC) and the Uganda Peoples Congress (UPC) to join the ruling party.

Todwong who was accompanied by senior party leaders from the national secretariat arrived at Bar-Okoro stadium, Paidha Town Council in Zombo District and was received by Hon. Grace Freedom Kwiyucuny, the State Minister in charge of Northern Uganda.

Todwong in his speech appreciated all the converts for taking a right decision to join a party that stand for right ideologies.

“It is only the ruling NRM which since its formation has strived to better the lives of each and every ordinary citizen. This has been realized through our initiatives like the Parish Development Model and emyooga which if embraced and utilized well shall transform your families and integrate the many people in the subsistence economy into the money economy.