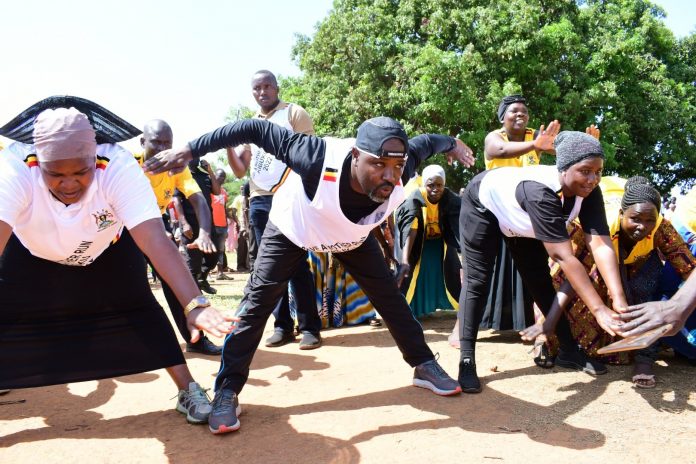 The Deputy Speaker, Thomas Tayebwa has called for increased awareness about maternal health issues to save mothers from deaths during labour.

“We are here to lend support to maternal health and to support Kasasira Health Center III; I send apologies from Speaker Anita Among who should have been here, but is committed to other duties; she sent me with Shs20m; I also add Shs15m,” he said.

On his part, MP Herbert Kinobere (NRM, Kibuku) who hosted the Deputy Speaker and a multitude of MPs said he is motivated by an undying commitment to the wellness of mothers.

The Minister of State for Bunyoro Affairs, Hon.Jennifer Namuyangu urged MPs to support the district’s efforts to have a Health Centre in all the sub counties to deepen access to health services.

Health Centres [III] are not in the entire district yet we have many young mothers here, we welcome you to come and support the girl child, mothers and women of Kibuku,” she said.

“Our people should beware of the three delays…the delay to decide to go for antenatal services, the delay to get to the hospital upon the onset of labour and the delay by the health workers to provide care to mothers in labour; these are issues we need to guard against,” said Hon Otaala, also a medical doctor.

Deputy Speaker Tayebwa also promised to ensure the area gets a telecommunications mast, owing to poor cellular network reception in the area.

“I have also noted that you have poor network, but I am going to help you get a mast to improve network coverage in this area,” he said.