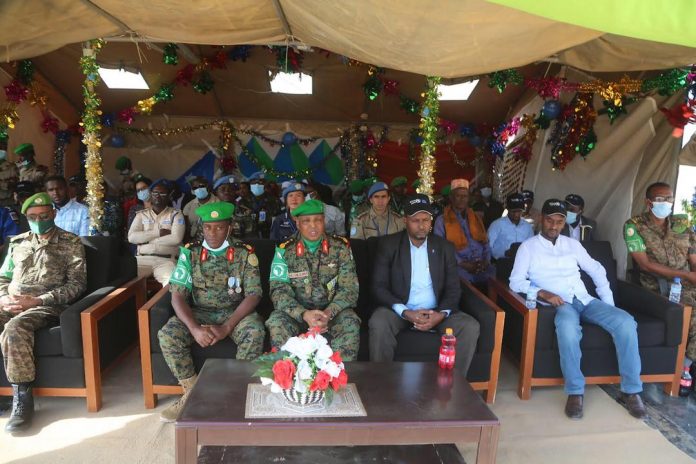 In his speech, the contingent commander paid tribute to the fallen heroes of the struggle for independence.

“Today we reflect on their sacrifices; many died, property was lost and others were expelled from their homes. Their struggle led to our freedom,” said Col Hassan.

The deputy chairperson of finance and politics in the Hiiraan region, Abukar Abdullahi Maadey, hailed the support by ATMIS Djibouti troops to the community to degrade Al-Shabaab.

“The Djiboutian troops have a special place in our hearts. We have an excellent relationship, they provide security and humanitarian aid in times of need,” said the deputy chairperson.

In ATMIS, Djibouti Armed Forces serve alongside other troop-contributing countries, including Uganda, Burundi, Kenya, and Ethiopia.