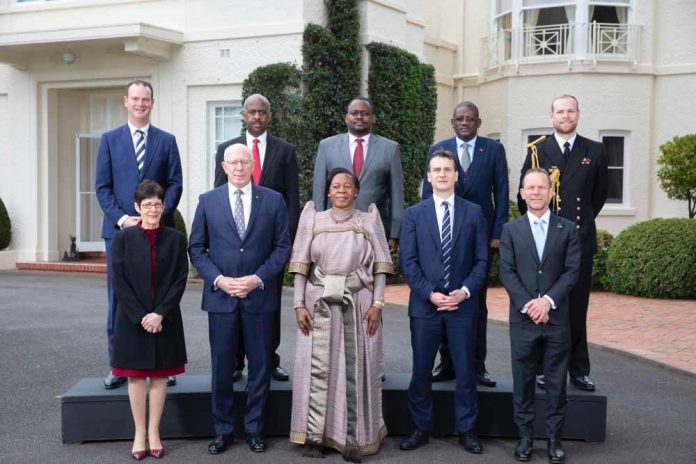 The ceremony took place at the Government House in Canberra, the Australian Capital Territory.

Ambassador Dorothy Samalie Hyuha conveyed a message of goodwill from H.E Yoweri Kaguta Museveni, President of the Republic of Uganda and commended the excellent bilateral cooperation between the two countries as evidenced by the increase in the volume of trade, investment & tourists from Australia. She reiterated her commitment to further enhance ties between the two countries.

The new High Commissioner, who is a member of the Central Executive committee of the National Resistance Movement, brings a wealth of experience in the diplomatic, political, and education spheres.  She previously served as High Commissioner of Uganda in Kuala Lumpur, Malaysia and Dar Es Salaam, Tanzania. She also served as Minister without Portfolio, Ag. Secretary General of the National Resistance Movement and Member of Parliament for Tororo and later Butaleja Districts. Amb. Dorothy Hyuha is an accomplished educator and has a passion for the education of the girl child.