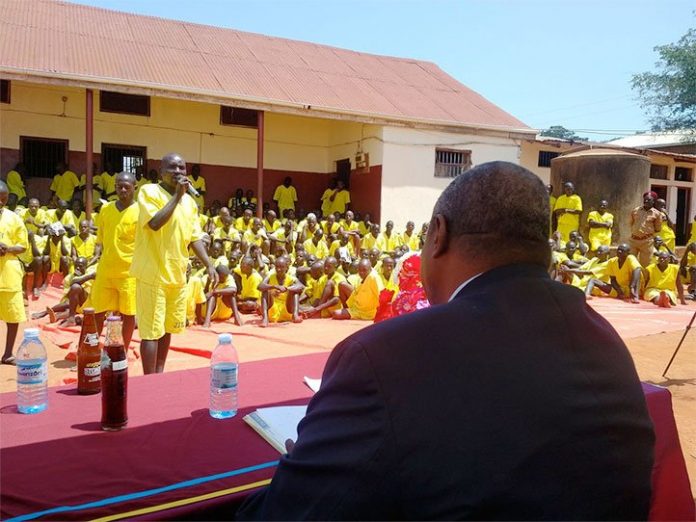 The Ministry of Gender, Labour and Social Services has revealed intentions of incorporating the Uganda Prison Service  in its  anti-gender and sexual  violence programs, since prisons play a vital role in the rehabilitation and re-integration of sexual related  offenders.

The Commissioner Gender and Women Affairs Angella Nakafero made the  revelation during the opening of a four day   gender and sexual  violence related training   meeting  for prison warders and   training staff at Hotel Africana in Kampala.

Despite the involvement  of police, judicial officers, social workers  and  medical workers in  the various anti  sexual and gender based violence programs  by the Ministry of Gender and Social Development, the prison service  has  been  found to be   missing in such programs,  for a quite a long time.

After realizing this this anomaly, the Ministry of Gender, Labour and Social Affairs has now embarked on strategies to integrate the prison service in such programs, considering their role in the rehabilitation and re-integration of offenders in society.

The Commissioner Gender and Women Affairs Angella Nakafero  made the assurance  while presiding over the opening of a  four day   sexual and gender based  violence  training workshop for prison staff at Hotel Africana.

According to statistics from the Ministry, sexual and gender based cases constitute 365 of all crimes reported in police, majority of these being related to defilement.

The Commissioner responsible for rehabilitation and re-integration in Uganda Prison Service Elizabeth Nanfuka highlighted the inadequate social workers in the service, who can easily deal with the problem.

Some of the prison instructors who are participating in the training said that that the training will facilitate their work.

The training is facilitated by the Great Lakes Regional Training Facility, with support from the German Government and the European Union.